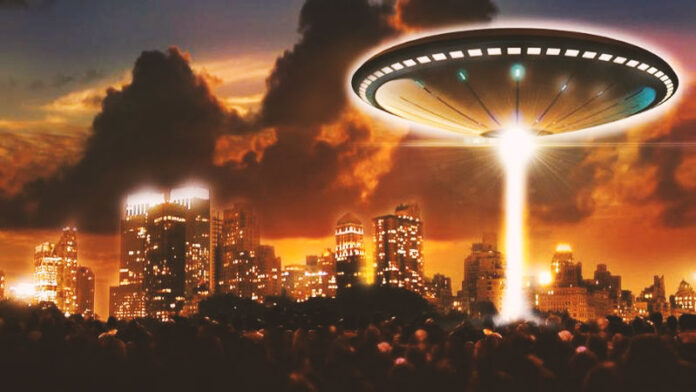 In 1950, while working at the Los Alamos National Laboratory for the Department of Energy, physicist Enrico Fermi had a casual lunch discussion with his colleagues Emil Konopinski, Edward Teller and Herbert York about the UFO phenomenon, and it was then that Fermi wondered: “Where is everyone?”

The question persisted, and eventually he developed a formula that calculated the number of stars, solar systems and planets in the galaxy and the supposed probability of life that became known as the Fermi Paradox.

The Milky Way is huge with its more than 200 billion stars, but as physicist Enrico Fermi observed more than half a century ago, there was more than enough time for extraterrestrials to show their presence to us, one way or another.

In the 16th century, the mathematician Copernicus debuted the “Mediocrity Principle”, which suggests that there is nothing unusual or special about the Earth, humanity, nor our place in the cosmos and we are, in fact, very banal in the great scenario of the Universe.

“Even our typical worldly spiral galaxy is vast beyond imagination, it is not exceptionally large compared to other galaxies. We’ve seen so many stars and planets that someone would have already contacted us and it makes us look like we’re alone, even if that’s not the case. But if we stop listening or looking, we could lose the signals. So we must keep looking”, says astronomer Evan Solomonides, who believes we have not yet received signs of extraterrestrial civilizations because of this incredible vastness.

Renowned physicist Michio Kaku maintains a more optimistic view by saying: “I have the impression that in this century we will make contact with an alien civilization through radio signals. Communication with them will be difficult and perhaps time-consuming, as they may be many light-years away. In the meantime, we must decipher their language and understand their level of technology”. But he speculates that if extraterrestrials have the technology to travel to Earth, they wouldn’t be impressed with our degree of development.

Other scientists believe that impending contact is not so close. According to astrobiologist David Grinspoon, initiatives that seek signs of life on other planets are promising, but there is no guarantee that we will achieve any results in the short or medium term. “Wouldn’t it be fantastic if we made contact soon? But it could also take a thousand years, which is nothing in terms of cosmological time”, says Grinspoon.

Since that lunch in 1950, a number of potential solutions have emerged based on three basic premises:

The circumstances that led to our existence here on Earth today are quite phenomenal, almost too phenomenal. A long list of seemingly unlikely events and circumstances allowed life to develop on Earth, one of which is our anomalous Moon.

Our moon is abnormally large and is in an almost perfect orbit. Most planets of our size do not have moons so large and it is believed that without it, life on Earth would not exist. Tides, caused by the Moon’s gravitational pull, play a key role in tectonic plates. Without tectonic plates, it is theorized that the continental crust would have covered the entire surface of the Earth, preventing the emergence of the oceans.

In our Solar System, we are at a perfect distance from the Sun, with large gas giants like Jupiter and Saturn acting as “cosmic vacuum cleaners” on the outer edge. These planets capture larger asteroids that would otherwise devastate the evolution of life as we know it.

Within the galaxy, our location on the outer edge of a spiral arm also prevents large asteroids, orbiting regions closer to the galactic center, from coming our way. In addition, the galaxy’s inner orbits are mainly zones with high levels of cosmic radiation emitted by a huge black hole and a series of incredibly dense neutron stars.

The argument against this theory, proposed by Carl Sagan and Frank Drake, is that our rocky planet is quite common, as our solar system, while the region of the galaxy we are in is not exceptional, and our galaxy is a type that makes up 77% of the galaxies in the universe. So there is a high probability that intelligent extraterrestrial life has developed on other planets.

Another theory is that we are still in the early stages of the potential we have to reach until we become a highly advanced species and this could theoretically mean that an older extraterrestrial intelligence has already reached this stage and observes us.

This theory became known as the Zoo Hypothesis, because compared to their level of intelligence, they would see us as we see monkeys, and this advanced civilization would not make their presence known probably because they do not want to interfere in our evolutionary process, understanding that it is necessary to let nature take its course.

They could also be slowly feeding us with technology and information, waiting for the moment when we’re ready for contact.

This theory, postulated by philosopher Nick Bostrom, says that advanced civilizations could have carried their consciousness into computers, which would potentially allow life to last long after the physical body deteriorated.

In this case, these conscious computer entities would be waiting for the universe to cool down to maximize energy efficiency. According to this theory, the thermodynamics of computing makes the cost of a certain amount of computational processes proportional to temperature. So the colder the universe gets, the less it costs them to expend energy.

According to this hypothesis, these civilizations would have seen everything in their interaction with the current state of the universe and there would be no new information for them to obtain, so they would have put themselves in a “standby mode” until new events arising from the expansion and evolution of the universe emerged.

Anders Sandberg, Stuart Armstrong and Milan Cirkovic made some hypotheses based on fermi’s paradox and the Deadly Probes scenario is one of his most dystopian theories.

The three hypothesized that an incredibly advanced extraterrestrial intelligence could create probes to monitor the galaxy or universe in search of other civilizations or signs of evolving life. These probes would be self-replicating, also known as Von Neumann Probes, so that they can reproduce and patrol space autonomously in order to prevent other civilizations from developing and destroying them or that the coexistence of two or more species lead to a competition for dominance of the galaxy.

That would explain the great silence and the reason we haven’t heard anyone yet, the extraterrestrials would be hiding their activities so they wouldn’t be detected.

The authors of this scenario themselves do not think that this is a plausible solution of the Fermi Paradox, at least in our galaxy. Because if that were the case, these deadly probes would be incredibly inefficient in not having yet located us or perhaps, in an even worse scenario, that our civilization has been detected, analyzed and considered a threat only to itself.

The Great Filter is an attempt to imagine if there is anything preventing us from advancing to the next point of the Kardashev Scale, which assizes the degree of technological development of a civilization, for Type 2, which can harness all the energy of its Sun.

This concept was proposed by economist Robin Hanson, who tries to describe an ambiguity that prevents life from developing beyond a certain point. Hanson developed a list of steps describing the concept of evolution to intelligent living:

Life begins with the right star system, followed by DNA and RNA molecules, reproduction, simple single-celled life, complex single-celled life, multicellular life, animals with large brains that use tools, civilization as we know it, and colonization beyond our level.

The Great Filter postulates that at some point along this scale, probably the next level beyond where we are now, something will destroy us or we ourselves will do it ourselves, and basically, it is unlikely that we will colonize beyond the Earth or our solar system. Therefore, any other intelligent life forms would be subject to the same principle and we will never find them.

This theory has gained a lot of strength lately, although it has been widely proposed in the premise of the movie “Matrix” and seems to be similar to the idea of a multiverse or infinite parallel dimensions.

Since Nick Bostrom, Elon Musk and a number of NASA scientists have expressed their belief in this theory, it has become more popular and we may not have made contact with extraterrestrial intelligence because we live in a computer simulation.

Several theories branched out from the broader concept, but the idea is that an advanced extraterrestrial intelligence created a computer program to run a hyper realistic simulation for some unknown reason. If we had the computing power to do this, we probably would have done it too, and in that case we would have a simulation within a simulation and this leads us to an interesting question: “Would the beings who have created our simulation also be living in a computer simulation?”