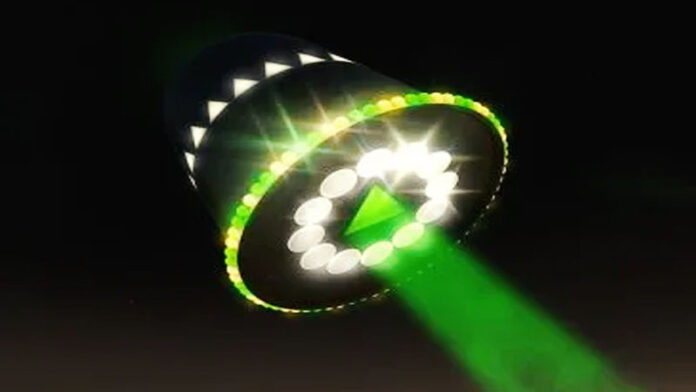 On a night in 1941, two years after the end of the Spanish Civil War, David Fernández witnessed a phenomenon that occurred before the “Modern UFO Era”, which began on June 24, 1947 with the Kenneth Arnold`s sighting, when the term “Flying Saucer” was first used, just days before the Roswell UFO crash.

According to David Fernández’s account, he was traveling down a road in the mountains near the town of Lugo in northwestern Spain when he was surprised by the appearance of a series of lights.

“Less than a meter above me, a flattened bell-shaped object appeared out of nowhere. The bottom was full of blue lights. If I reached out my hand, I could even touch it.

I tried to move a few feet towards an embankment, intending to hide, but there was nowhere to go, so I went back under that contraption.

Then it started to emit an extraordinary luminosity, like I’ve never seen in my life again. It was like, all of a sudden, night was day.

I stayed that way for a few minutes, until the object started moving westward and was accelerating. When it was about to hit some trees, the object shone like a flash, and disappeared”, said David Fernández.

To date this is considered the first modern sighting before the use of the term UFO – Unidentified Flying Object.