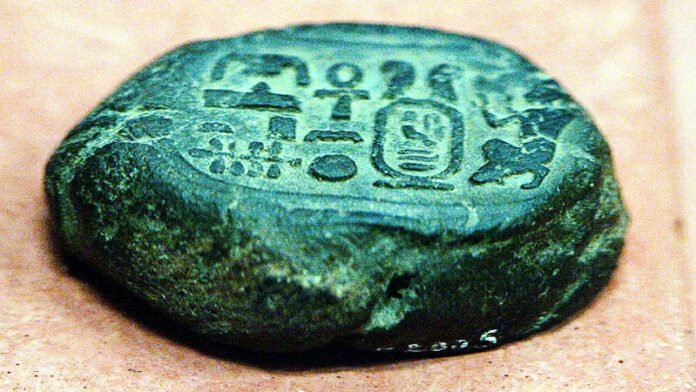 Occasionally, intriguing things are reported falling from the skies, from space junk to meteors and UFOs, some of these cases are explained, but others remain anomalies.

In 1908, in the vicinity of the Cowichan Valley on Vancouver Island, Canada, young Willie McKinnon, Angus McKinnon’s 14-year-old son, worked in the garden of his home around 11:30 a.m. when he went through a surprising experience.

A meteorite fell into his backyard about 2.5 meters from where he was. Fortunately, he wasn’t hurt by the meteorite fall.

A noise was heard before the crash, Willie looked around trying to figure out where the sound came from and was surprised to realize that something seemed to be approaching, but the boy, thinking it was a passing train, did not notice until the space visitor passed through the branches of two trees, breaking them before hitting the ground and causing a tremor like a small earthquake in the vicinity.

The boy was very alarmed by the incident and rushed into the house to inform his father of the strange event and when Mr. McKinnon arrived at the crash site, he found that the meteorite was extremely hot and could not be run for more than half an hour.

The smoking object in the crater was about 25 centimeters in diameter and appeared to be completely whole. Its surface was rounded and smooth like that of marble and, even more intriguingly, the outside seemed engraved with something resembling Egyptian hieroglyphics.

This startling story was published on the front page of the canadian newspaper “Cowichan Leader” on September 5, 1908, titled “A Message from Mars” and the case was closed without further information until a month later, when the Ottawa Department of Mines and Geological Surveys began looking for more complete details about the event and asked the McKinnon family for the time of day, the nature of the sounds emitted by the falling body, its duration and the direction from which it seemed to come, the depth of the hole and the nature of the ground, as well as the direction in which the land was thrown by impact and proposed a purchase offer if the terms could be matched.

It is unclear whether the Department of Mines and Geological Surveys obtained the information or not, and to make things more difficult, Willie’s father apparently did not cooperate with those who wanted to investigate the case.

He was more interested in keeping the stone hidden, refusing to lend it or sell it and confronting the people who demanded to see it, and since this strange incident, Mr. McKinnon would have spent most of his life trying to decipher the strange markings on the mysterious stone.

The case frustratingly ends there and currently the Cowichan stone remains an inexplicable mystery and its actual location is unknown, leaving us wondering what would have happened to this incredible discovery. There is no other follow-up article on the subject and it is not known if the strange stone has been sent for testing.

Interestingly, a similar case appeared in the November 14, 1865 issue of New York’s Brooklyn Daily Eagle, and goes around James Lumley, who was in the Rocky Mountains.

On a September day in 1865, Lumley was near the Great Missouri River Falls in Montana, in the northern U.S., when he saw a bright light making its way through the sky, before spectacularly breaking into a rain of sparks, followed by a strong wind and an odor of sulfur. He followed a trail in the forest, which had been opened by the trail of destruction of the fall, and at the end of it there was a stone that seemed divided into compartments and covered by several hieroglyphics.

According to the newspaper reported: “Mr. Lumley also discovered fragments of a glass-like substance, with some dark spots, as if caused by a liquid. He is confident that hieroglyphics were the work of human hands and that the stone itself, though only a fragment of an immense body, must have been used for some purpose by intelligent beings. Strange as this story may seem, Mr. Lumley tells it so truthfully that we are forced to accept it as true.”