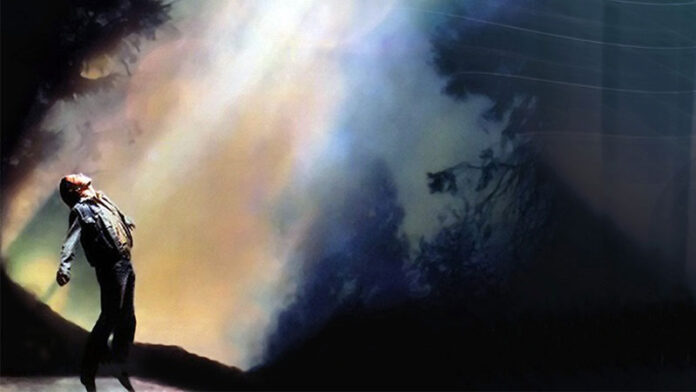 Elias Seixas de Mattos was a truck driver from Rio de Janeiro in 1980, when he experienced an inexplicable experience. His report, along with that of two other friends, entered the history of Brazilian Ufology for the richness of detail with which he described the situations he went through.

On September 25, 1980, Elias and his companions, riding in the truck, his cousin Roberto Seixas Vieira and his friend Guaraci de Souza, were returning from Goiás, where they had gone to leave a load.

During the return trip, some strange phenomena began to occur, such as the flashing of the vehicle’s headlights, even when turned off, and sensations of discomfort and drowsiness.

On the way, when they were 100 km from Conceição do Araguaia, in Goiás, a feeling of pressure on the back of the head, the return of the flashing lights and the impression of hearing a voice, forced Elias to stop.

As he got out of the truck, he didn’t notice, but his colleagues would have seen a beam of bluish light hit him. When they were all out of the cabin, they spotted a kind of “bush fire” about 1.5 km away and decided to investigate.

From the beginning, Alberto felt very afraid and decided not to continue walking in that direction. Shortly afterward, Eliad too was seized with dread and decided to give up. So the three returned, got into the truck and continued on their way.

Elias Seixas continued at the wheel. Guaraci, the other passenger, was carrying a straw hat attached to a nylon cord that, apparently without any explanation, was thrown through the window.

Without understanding what happened, the three decided to stop and get out of the truck again and, going one on each side of the cart, they would meet at the back of the vehicle to get the hat.

From then on, none of them remembered the sequence of events very well, except for the drowsiness with which they returned to the cab of the truck and the fact that they arrived at the next stop at around 4:30 AM, when the estimated time of arrival was 5 hours earlier, at 11:30 PM.

This partial amnesia combined with the strange phenomena that occurred during the trip would have made the three seek help, in a congress of Ufology by researcher Irene Granchi.

From that first contact, their stories, and that of Elias more prominently than the others, were revealed through several regressive hypnosis sessions to which the truck drivers were submitted.

According to his testimony, before meeting Guarani, Elias was surprised by a very strong focus of light and taken to a ship.

Inside the ship, he saw a being facing a series of levers. Sitting down, the huge-armed being had his elbow on his thigh, but he didn’t bend his torso.

During his stay on the ship, the abductee would have been subjected to a series of experiments. For a moment, when lying in a kind of bed where he would be studied, he saw one of his companions, who would have punched the being who was studying him, according to Elias, it was a total of three beings.

Among other tests they would have done on Elias, the abductee reported that they had something implanted in his skull and placed a device in his chest. They took blood and sperm samples and drilled holes in his fingers.

Elias said he was taken to what was explained by his captors as a “space base”, located on Mars. There he saw a series of beings with large heads, disproportionate to their bodies, and very small, which appeared to be working.

Elias claimed to be on what appeared to be a street, when he would have seen two men, one black and one white, who he realized were Siamese, joined by the arm. He wanted to touch them but his captor wouldn’t let him.

The truck driver was then taken to a marquee, where he saw beings that looked like plastic dolls, with a gray appearance, and soon after, he was brought back to Earth.

Among other revelations made during hypnosis, Elias said the beings reported coming from a star in the constellation Ursa Minor. They were 2.10 meters tall, had horizontally slit eyes of a bright color and their clothes resembled a kind of rubberized garment.

Without the regression, Elias could only remember getting out of the truck and once again being back in the cab. He and his companions only began to realize the strangeness of the events when they realized that they arrived 5 hours later than expected at the next stop and used very little fuel for the distance covered.

The abductee also had physical sequelae, such as pain in the fingers and shoulder. He didn’t recognize his own daughter when he got home. He also suffered from sexual dysfunctions during the 4 months following the encounter, without the doctors being able to reach a diagnosis.

Elias was also left with a calcification in his skull that, according to the experts consulted, could only exist if he had had surgery. The mark on the chest, from having apparently introduced a device, remained.

Until today, Elias presents his report in congresses and lectures, having become a classic case and a rich example of abduction, widely accepted by Brazilian Ufology, even if there is no in-depth study of its sequels by any University, or extraction of their supposed implants for research in specialized laboratories.

The Gate of the Gods