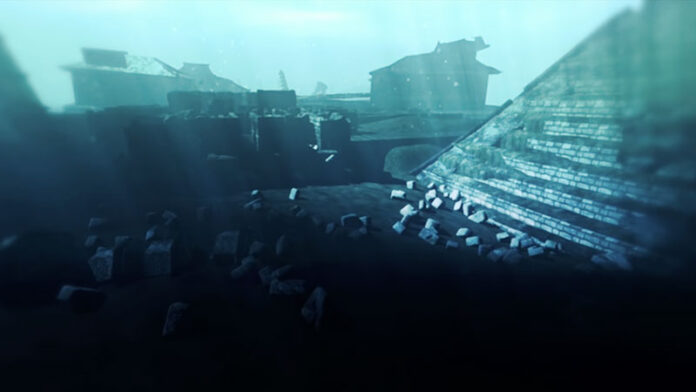 The depths of the oceans and lakes have hidden countless mysteries submerged for thousands of years and it is no wonder that the most surprising discoveries of recent years have been made in deep water.

On June 13, 2006, an underwater investigation was launched on Lake Fuxian in China’s Yunnan Province. At the bottom of this lake, archaeologists discovered remains of what appeared to be huge submerged buildings.

The structures are composed of numerous stones placed regularly with mysterious markings. These structures were initially stipulated to be quite old and a more detailed analysis revealed that their builders had an advanced technological level.

The Lost City of Yuyuan?

Local legends ensure that deep in Fuxian Lake are the remains of an ancient city called Yuyuan.

The historical records belonging to the Han dynasty, which ruled China between the years 206 BC and 24 AD, mention a city with that name, but the city mysteriously ceased to have a historical presence at the time of the Tang Dynasty around the year 600.

Locals explain this absence by ensuring that the city and its entire population sank into Lake Fuxian, and to prove this theory, an underwater expedition was carried out to find evidence that Yuyuan was located at the bottom of the lake.

The results of the expedition went far beyond what was expected and intrigued the researchers, as they produced evidence that contradicts this statement.

The underwater buildings found were made of stone, while traditional Chinese cities of the period, such as Yuyuan, were made mainly of clay and wood. This detail means that the submerged city should not match the remains of the lost city of Yuyuan.

With a new approach, more research began to elucidate the origin and identity of the submerged city in Fuxian Lake.

Depth sonar studies revealed that the underwater architectural complex has dimensions of 2.4 square kilometers, much larger than the capital of the Han dynasty period itself and what surprised researchers the most was how such a large city left no trace in China’s historical record.

One of the incredible discoveries that can help experts calculate the age of this unique city is a stone with engravings that resemble a sun, with a central circle and four radial lines. This same symbol can be seen on Chinese bronze drums dating from 700 BC.

The research team also found carved stones that looked like masks, but the facial features of the drawings looked nothing like a human’s face.

Other marks found on the site resemble the numbers 0 and 1, simple lines that appear to represent a human face, which appears to be a Roman numeral and the letter Y.

The most intriguing of the structures discovered stands out for its resemblance to a pyramid, and the stones that compose it are adorned with different symbols and designs, which makes it a different pyramid and perhaps even more advanced than those of Egypt itself.

For researchers, giving meaning to such symbols is still impossible until they know which city these ruins belong to and thus manage to obtain a dating.

Some experts believe that these ruins may date back to an antediluvian period, before the end of the last ice age more than 10,000 years ago, which would explain their submerged location.

The Advanced Scientific and Technological Knowledge of the Ancient Indian Sages