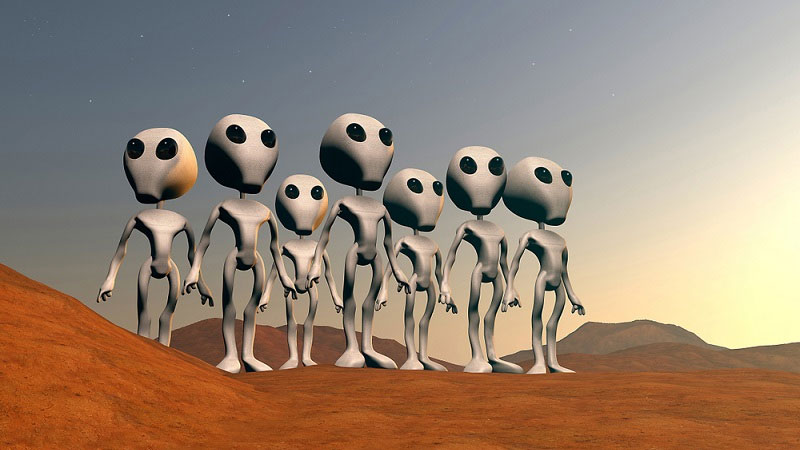 A paper by researcher Silvano Colombano of NASA’s Ames Research Center in Mountain View, California, argued that humanity should broaden its understanding of extraterrestrials as carbon-based organisms.

“I simply want to point out the fact that the intelligence that we can find and that might choose to find us (if it hasn’t already) may not be produced by carbon-based organisms like us. I think we need to review our assumptions to be more flexible,” Colombano explained.

According to the researcher, humanity’s current assumptions of intelligent life would have to be largely altered if his suggestion of non-carbon-based extraterrestrials were to prove true.

“Considering further that technological development in our civilization began only 10,000 years ago and saw the emergence of scientific methodologies only in the last 500 years, we can assume that we would have a real problem in predicting technological evolution even in the next thousand years, let alone 6 million times that amount!”

“Our typical life spans would no longer be a limitation, although even these could be handled with multi-generational missions or suspended animation, and the size of the ‘explorer’ could be that of an extremely small super-intelligent entity,” the researcher theorizes.

In his work, Colombano also considers the possibility that aliens might be so developed that humans might not even be able to understand their technology.

“If we adopt a new set of assumptions about what forms of higher intelligence and technology we might encounter, some of these phenomena might fit specific hypotheses, and we could begin serious investigation,” Colombano said.

“I basically mean that ‘evolved’ intelligent life could ultimately be robotic in nature, thus calling into question all the typical assumptions we need to make about organisms,” concludes the scientist.

The Enigma of the Anasazi Tribe