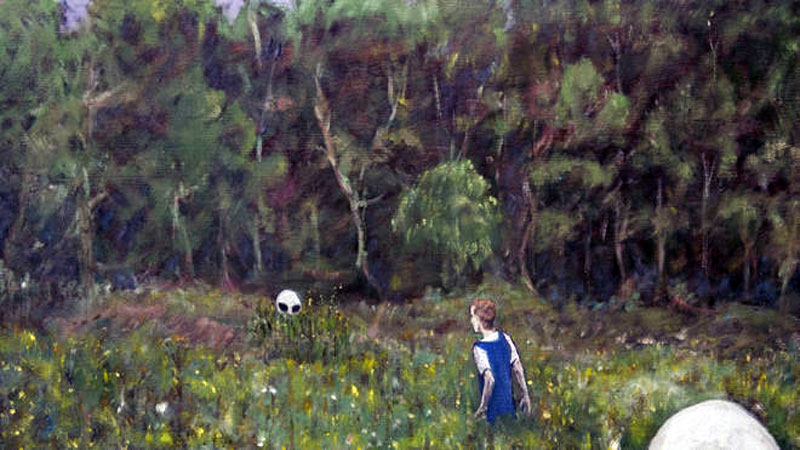 In Douglas Adams’ book “The Hitchhiker’s Guide to the Galaxy”, there is a passage where two powerful alien races send huge fleets to Earth. They traverse galaxies and fly thousands of light-years (which is a measure of distance, not time) on their way to their target, but they don’t realize how small size they are compared to earthlings and they all get swallowed up by a dog.

A similar type of alien encounter was reported in Malaysia, probably the most notable story of its kind, which took place on August 19, 1970.

Six children were playing in a densely forested area in Malaysia and they claimed to have seen a UFO less than a meter (3 ft.) in diameter, from which five humanoid aliens emerged.

The main visible difference between them and a human being was that they were about 8 centimeters (3 in.) tall.

Four wore blue suits, while one was in yellow with a helmet, which the children interpreted as the leader.

They went to a tree and tried to install some kind of device, when one of the children, identified only as Wignerswaran, tried to capture one of the creatures.

Unfortunately for him, the aliens had “ray guns” and started shooting at him and his colleagues, who immediately fled, but Wignerswaran was hit by one of the shots which resulted in a minor wound in his leg.

The case remains unexplained to this day.