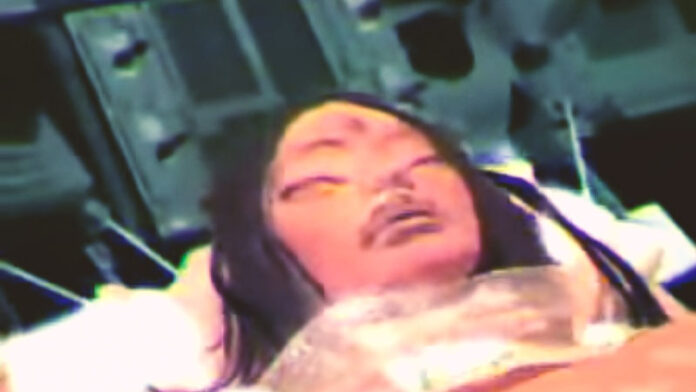 In January 2012, NASA consultant Dr. Eric Norton announced that there was an entire fleet of technologically advanced ships on the dark side of the Moon.

While Norton theorized what the fleet’s intentions would be, others believed it was evidence of the “Space Program Solar Warden”, a supposedly top-secret and operational space fleet that has a permanent presence in our solar system and beyond, and its launch point is the Moon, where several space stations exist and operate secretly.

Some believe that the directive of the “Solar Warden” is to explore and colonize other moons and planets. Others, however, claim that their purpose is to act as a first line of defense against any potential attacks by extraterrestrial races.

The Discoveries of the Apollo Missions

The Apollo Space Program ran from 1963 to 1972 and was NASA’s third spaceflight project preceded by the Mercury and Gemini projects.

Although the United States government fulfilled its goal of landing men on the Moon and returning them safely to Earth in 1969 with Apollo 11, other missions continued until 1972, with Apollo 17 being publicly the last mission to go to the Moon and back.

NASA’s official records say the missions were canceled due to budget constraints and that astronauts were transferred to other missions. However, three more missions were planned by NASA: Apollo 18, Apollo 19 and Apollo 20.

According to some theories, the Apollo missions had discovered ancient artificial structures on the Moon and wanted to explore them without public knowledge.

In April 2007, former astronaut William Rutledge went public and stated that NASA missions continued in secret under the name “Project Horizon”. While the Apollo 18 and 19 missions were actively searching for an alien presence on the Moon, the Apollo 20 mission, launched in 1976, went far beyond and landed on the dark side of the earth satellite.

Rutledge said the Apollo 14 mission passed through the south polar region of the Moon, observing numerous abandoned spacecraft and cities composed of tall structures, information that was confirmed by the Russian probe Lunik 15. According to him, the Moon City was named Station One, but it seemed to be really space junk, full of scrap, gold parts and only one building seemed intact.

In his testimony to Luca Scantamburlo, a respected Italian UFO researcher, astronaut Rutledge, who was the Commander of the Apollo 20 Mission, stated:

“I don’t know how, but the Soviets were informed of the presence of a ship on the other side of the moon. In July 1969, Lunik 15 crashed just south of the alien ship’s nose. It was a probe similar to the Ranger or Lunar Orbiter.

The Russians have provided us with maps, precise letters from this area. The command center was located in the Urals, in the town of Sverdlovsk. The head of the program was Professor Valentin Alekseyev, who later became president of the Ural Academy of Sciences. Russian cosmonaut Alexei Leonov was chosen primarily because of his popularity on the team and also because he was on the Apollo-Soyuz Mission.

Apollo 20 was sent to the other side of the Moon, to an area known as the Deporte-Izsak Region, near the Tsiolkovsky crater. His goal was to investigate a huge object that had been sighted by crew members of the Apollo 15 mission. Once on the Moon, the crew members of Apollo 20 found a giant alien spacecraft, 3 kilometers long, and not far from it, there was another much smaller spacecraft.

We took pictures of pieces of metal, of each part with calligraphy, that were exposed to the sun. The city looked as old as the ship, but it was a very small place.

We’ve entered the big triangular ship. The main conclusions of the exploration were: it was a mothership, very old, that crossed the universe at least a billion years ago. There were many signs of biology inside, old remnants of vegetation in a motor section, special triangular rocks that ethered some kind of yellow liquid with special properties and, of course, signs of extrasolar creatures”.

Extraterrestrials on the Moon

According to Rutledge, in addition to finding the remains of alien bases, they also found a humanoide woman who was in a state of suspended animation or some kind of deep sleep. The crew of Apollo 20 called her the Mona Lisa.

“We found remains of small bodies about 10 cm long that lived and died in a network of glass tubes along the entire ship, but the main discovery was that of two humanoid bodies, one of them intact.

I don’t remember who gave the girl the name Mona Lisa, whether it was Leonov or me, she was a humanoid, woman, 1,65 meters tall. With human features, hair and six fingers. Apparently his function was that of pilot, because we found piloting devices fixed to his fingers and eyes. We had to cut two cables connected to the nose and Leonov removed the device from the eye.

Something similar to blood or a biological fluid burst and froze in the mouth, nose, eyes and some parts of the body. Other parts were in exceptionally good condition as the hair and skin were protected by a thin transparent film. As we told Mission Control on Earth, the condition seemed neither dead nor alive. We had no training or medical experience, but Leonov and I planned a test: we fixed our bioequipment to the EBE (Extraterrestrial Biological Entity), and the telemetry received by the mission control equipment was positive.

We found a second body, destroyed, and we brought the head aboard. The skin color was bluish-gray. The skin had some strange details above the eyes and in front a strip passed around the head, without any inscription”.

The bodies recovered from the extraterrestrials were brought back to Earth along with all the technology they could carry. Rutledge suspects that the Mona Lisa has been revived and is kept somewhere secret to this day. He also stated that it is not up to NASA or anyone else to keep things of this magnitude hidden from the rest of the world.

Rutledge is not alone in making such claims about the presence of bases on the Moon. From the moment Neil Armstrong took his first steps on its surface, there have been rumors that we are far from knowing the whole story of what was found there.