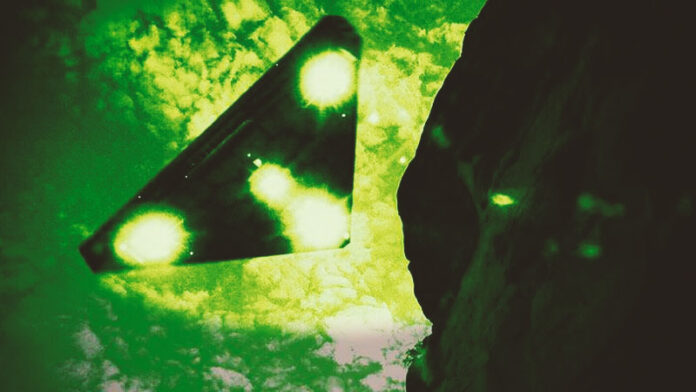 At around 9 PM on Saturday, March 16, 2019, a conversation between the pilot of an air ambulance helicopter and a control tower in Las Vegas revealed the sighting of a UFO visible only with the aid of night vision goggles.

According to one recording, the pilot who was flying in an AW119 Koala helicopter made a radio call to ask if ground control had anything on his radar flying at about 7,000 feet (2,150 meters), 10 miles west of Las Vegas McCarran International Airport.

The air traffic controller responded quickly saying there was nothing in that area, so the pilot stated that the object was only visible using his infrared night vision goggles.

The short interaction was recently sent to SoundCloud and can be heard below.

The phenomenon was investigated by military technology expert Tyler Rogoway, who is always aware of the strange and inexplicable things that happen in the world of aviation.

The mystery in Rogoway’s investigation began when he tried to contact Air Methods, the helicopter company’s headquarters and its base of operations, to speak to the pilot and encountered resistance. Rogoway was informed that the company could not comment and that the pilot was prohibited from talking about the event and redirected it to another person within the company who did not provide him with any response.

Although in the recording the pilot believed that the object could be a hot air balloon, several comments on Rogoway’s article suggest that this possibility seems highly unlikely in an airspace with heavy traffic in the middle of the night. In addition, the average altitude that hot air balloons normally reach is between 1,000 and 3,000 feet (300 to 900 meters) and should be a balloon large enough to be observable 10 miles away.

Others pointed to the fact that Las Vegas is not far from the notorious Groom Lake Air Force base, also known as Area 51 and could be some kind of secret aircraft with camouflage technology being tested by the military.

So far no official explanation has been submitted.

The Abduction of Amy Rylance