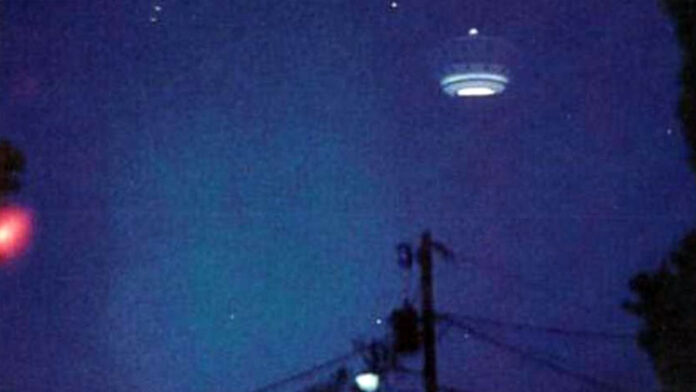 The Walters family claimed to have had several encounters with extraterrestrials flying around their home, these appearances would have started on November 11, 1987 and continued until May 1, 1988, and according to Walters, the ships would have at least six crew members on each one of them.

This account was exhaustively described in his book “The Gulf Breeze Sightings: The Most Astounding Multiple Sightings of UFO’s in U.S. History”.

Walters’ book also has some bizarre photos of himself and his family members. In one, he has his foot up on a platform, supposedly shouting, “Land or get off!” to one of the UFOs.

In another, a blue beam appears that the aliens supposedly used as a kind of tractor beam, being avoided by his terrified wife.

Walters also reports that he experienced strange telepathic signals from a woman speaking in Spanish to a baby, a series of images of dogs, and a few days later a series of other images.

“If that was to try to convince me to come aboard the ship, it wasn’t working,” Walters said.

On another occasion, they would have poured a mysterious liquid over their house, part of it fell into the pool and turned the fresh water in the pool into salt water.

The aliens showed themselves to him repeatedly, while he was driving at night, or outside the sliding glass back door of his house.

The roadside encounter was where he got the impression that there were six crew to each ship, as five disembarked from the ship and he assumed that at least one of them must have remained on board while it hovered.

The beings would have been about 1.2 meters tall (4 ft.) and, although their faces looked like those of the traditional “greys”, with large black eyes and almost no expression, they were visible only through slits in the helmets, because they would be wearing a kind of in bulky armor, the likes of which have never been reported before.