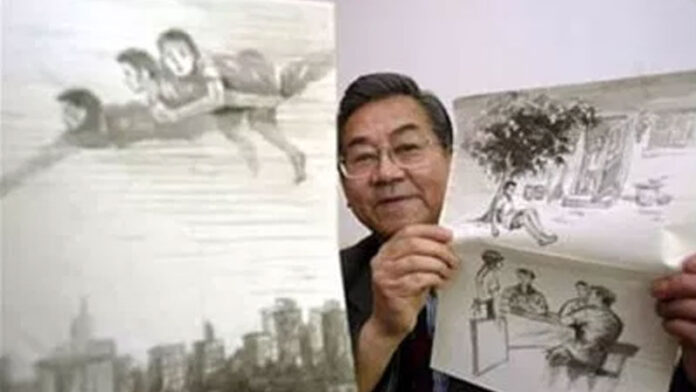 Only professional scientists and engineers are allowed into the National Society of Extraterrestrial Studies, a Chinese government-funded organization that was created 25 years ago. In addition to being required to have a PhD in Science and several published papers on UFOs.

Some Chinese scientists say that extraterrestrial beings already live among humans. On this list is Sun Shili, a retired military officer who is now president of the Beijing Extraterrestrial Research Society.

Sun Shili’s first contact occurred in 1971, when he was sent to the interior during the Chinese Cultural Revolution while working on the exhausting rice plantations.

One day, while working in the field, his attention was turned to a bright object in the skies that made unusual movements.

Sun assumed that the show was some kind of Cold War-related device, a plausible deduction for the time, but years later after reading international news about UFOs, he learned that he had an experience.

In addition to Sun, Shen Shituan, a space rocket scientist, president of Beijing Aerospace University and honorable director of the Chinese UFO Research Association, said that for all research to be valid, a well-analyzed study is needed: “Some of these sightings are real, some are fake and others are still unknown. But all are worthy of research and deepening”.

Shen Shituan, who does not quickly dismiss reports of UFOs like his co-workers from Western scientific communities, claims that while at home with his wife and son, he was taken east on a ship at a distance of 265 kilometers and returned within hours.

The best-known story about abduction in China is by Meng Zhao Guo, a young farmer from Wuchang, near Heilongjiang Province.

In 1994, Meng Zhao Guo and two other farmers saw something unknown on a nearby hill.

When they approached, Meng was struck by a beam of light, and claims that he was subsequently abducted and had sex with a female extraterrestrial being: “She was about 3 feet tall and 6 fingers, but other than that it was totally like humans”.

Psychologists and police experts subjected Meng Zhao Guo to hypnosis and lie detector in a test conducted in Beijing. The result was that he was telling the truth.

In recent years, China’s airports have been closed on several occasions because UFOs have been flying over the area near air traffic.