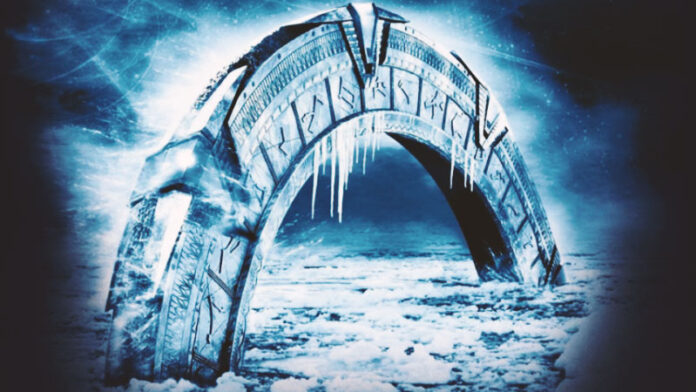 Between 1962 and 1972, the United States government conducted a covert operation called Project Pegasus that led to the successful development of a number of highly advanced technologies, enabling teleportation, time travel, and holographic time travel.

The program was reportedly run jointly by the CIA and DARPA, the Defense Advanced Research Projects Agency, and was used to contact former presidents, teleport people to Mars, and maintain a relationship with extraterrestrials.

DARPA was responsible for developing several technologies that we use today, including ARPANET, one of the internet’s ancestors, developed in the late 1960s, to ensure the security of communications. The Agency was also responsible for studies with high-energy missile lasers, advanced aircraft, space propulsion and so many other equipment.

How Does Time Travel Works?

One of the types of travel are made through the “chronovisor”, an electronic device with a holographic screen, where scenes from different times of history appear, whether past or future, and would be a virtual and non-physical journey.

Chronovisors show future alternatives that can happen in the multiverse. Thus, some presented views may end up not being confirmed over time and there may still be alternative timelines of time that do not appear to us.

A second type, different from chronovisors, allowed to travel physically. People were able to teleport through a Stargate portal to physical places, no matter how far away. Later the new technology would have also been used for physical time travel.

The Pegasus Project preferred the trip with children, as they sought to test physical and mental effects on young people. It was important because the holograms created would collapse if any adult tried to use it. The children had a clear mind and could perceive things that adults would not pay attention to.

DARPA scientists would have discovered that if adults traveled through time, as soon as they returned they had psychological disorders, often impossible to reverse. Thus, using children would end this problem, since from a young school they would be accustomed to dealing with this obstacle.

Beginning as a child, Andrew Basiago was selected from a group of psychically gifted children to become a connecting element and a space-time traveler who would encounter past and future historical dignitaries as well as various extraterrestrial entities.

Basiago says his father helped develop the technology when he worked for Ralph Parsons Engineering Corporation, and when he was brought in to participate in his first “jump” at the Curtiss-Wright corporation in New Jersey, his father had been traveling in time for years.

The “portal” is described as having two bars in the form of parentheses 2.5 meters high and spaced about 3 meters from each other and has a type of plasma containment chamber in which the traveler jumps before being transported to a different time or place in time.

After activation, this machine creates a Radiant Energy “vortex tunnel” capable of bending the fabric of space-time reality. This Radiant Energy was reportedly discovered by Nikola Tesla, and his research was confiscated by the government after his death in 1943.

On his first trip, Basiago was teleported to the state capital of New Mexico, although he remained in the same period in time. During his training he continued traveling only a few hours in time to get used to the sensation.

Eventually, he would travel back to Abraham Lincoln’s speech at Gettysburg, George Washington’s tent during the American Revolutionary War, and even to the time of Jesus. According to Basiago, the government wanted to verify the veracity of the historical accounts of these three figures, due to their importance and the fact that they were widely commented.

During his service to the CIA, Basiago reports having traveled to Mars more than 40 times and states that the site is inhabited by some humans and that there is an underground civilization that has caught his attention.

“A humanoide once welcomed us, we communicated by telepathy and he took us to a place they built inside the planet. It’s full of curved but harmonic shapes,” he says.

Basiago says he also traveled to the future until the year 2045, where he was transported to a building made of emerald and tungsten steel. There he received information in microfilms with knowledge of all historical events until then, to be brought back to the 70s, from where he would have left.

According to Basiago, the government should disclose to the American public that they were blinded by the continuous and long-standing extraterrestrial presence, which increased greatly from the moment we developed and used atomic weapons, and the use of these weapons opens a tear in the fabric of space-time, and there could be nothing worse than we could be doing to the universe in the eyes of extraterrestrial civilizations.

“For 70 years, the U.S. government has hidden advanced technologies because they can be socially, economically, or technically disruptive in nature. These technologies include teleportation technology developed by DARPA’s Pegasus Project. They may also include cancer cures. The government should start a program to declassify and deploy this knowledge. The standard of technical dissemination should be what provides people with the best technology available,” Basiago says.