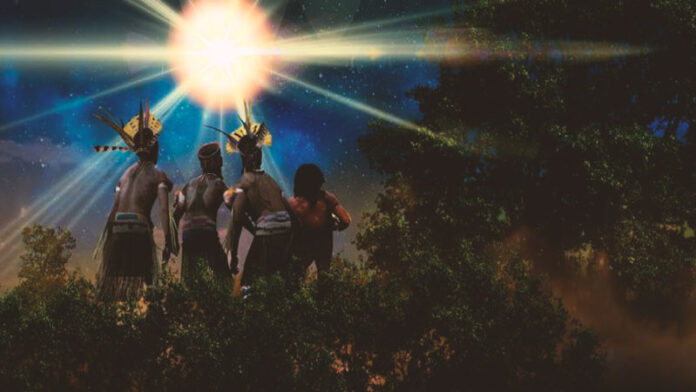 The Amazon rainforest is home to more than 400 indigenous tribes and one of them is the Ashaninka people, originally from the Peruvian Amazon, where they have lived for at least 5,000 years.

Currently, the Ashaninka go through a rut of fear due to contact with unidentified flying objects, which they call “balls of fire”.

According to documents from FUNAI (National Indian Foundation), since 2013, there have been numerous attacks by UFOs on indigenous tribes in Acre, northwest of Brazil. Indigenous chief Banky Ashaninka reported the observation of strange objects, lights and fireballs that appeared over villages in Marechal Thaumaturgo, municipality of Acre.

In one of the cases, which took place in 2014, these objects descended very low, throwing a spotlight on the natives, and three of them became sick, with headaches and sensory imbalance, after being hit by the strange light.

On another occasion, a native shot with a shotgun at an object that was flying low and emitting a light. According to the report, this light focused on the native, who fell unconscious after receiving an electric shock.

FUNAI requested an investigation by the Federal Public Ministry and, in a statement sent on July 31, 2014, the Ashaninka people detailed: “It is a sphere of about 4 meters in diameter, which shoots beams of light, usually in blue color. Villagers tried to photograph and film the object, but were unsuccessful, as when the object was close to the ground, the equipment simply did not work. Photographic images were obtained only when the object was distant.”

The indigenous people also reported that the object’s appearances left the community frightened and hunting and fishing activities were affected, as the recurring time when UFOs appeared was around 6 pm, the preferred time for these tasks.

The Federal Police investigated the case, and according to the information “it was not possible to see anything, only to ascertain some information”.

The objects stopped appearing in 2015 and the investigation was closed with the explanation that it was just a conflict between tribes.

The Return of the UFOs

Since 2021, new cases have been reported with objects being described in the same way and appeared in the forest at dusk. The natives even set up ambushes and tried to hit objects with arrows, which was in vain due to the speed of the ships.

Chief Ninawa Inu Huni Kui said he contacted the Federal Police and the Brazilian Army through the Federal Public Ministry to investigate the frequent appearance and action of UFOs in indigenous communities in Acre.

The Federal Public Ministry consulted the Federal Police, National Security and the Brazilian Army, which denied having carried out any type of operation in the region.

So far, the case remains unexplained.