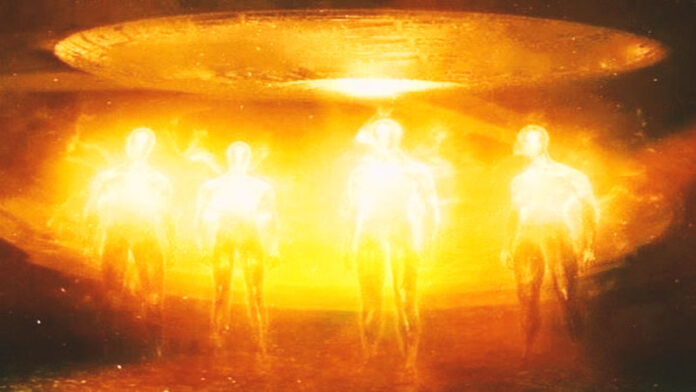 Numerous governments around the world are gradually dealing with the idea that the world’s population has a right to know whether or not we are alone in the universe.

In fact, the outreach movement has never been stronger than it is today, with countless military officials, government officials and astronauts talking about the existence of alien life and alien spacecraft.

Jon Podesta, who was President Barack Obama’s right-hand man and chief of staff in the Clinton administration, posted on Twitter a short time ago that one of his biggest regrets was his 2014 failure to “ensure the release of UFO files. We have statements from the most reliable sources, those in a position to know, about a fascinating phenomenon whose nature is yet to be determined.”

Countless UFO-related documents have already been declassified by many governments, which only proves that they have been extremely interested in the UFO phenomenon for years.

However, not only have governments disclosed classified information, but government agencies such as the FBI, NSA and CIA have also declassified some of their most secret files on UFOs and Extraterrestrial Life in the Universe.

One of the documents released by the FBI was addressed to “certain scientists of distinction, important aeronautical and military authorities” and was sent to the FBI director in Washington from the San Diego’s office detailing UFOs and Extraterrestrials.

The document dated July 8, 1947, the day after the UFO Incident at Roswell, describes the following:

1. Part of the disks carry crews, others are under remote control.

2. Their mission is peaceful. The visitors contemplate settling on this plane.

3. These visitors are human-like, but much larger in size.

4. They are NOT excarnate earth people but come from their own world.

5. They do NOT come from any “planet” as we use the word, but from an etheric planet which interpenetrates with our own and is not perceptible to us.

6. The bodies of the visitors, and of the craft also, automatically materialize on entering the vibratory rate of our dense matter.

7. The disks possess a type of radiant energy, or a ray, which will easily disintegrate any attacking ship. They reenter the etheric at will, and so simply disappear from our vision, without trace.

8. The region from which they come is NOT the “astral plane”, but corresponds to the Lokas or Talas. Students of esoteric matters will understand these terms.

Note: Lakas and Talas are Sanskrit words, which in Hinduism means world, place or plane of existence.

9. They probably cannot be reached by radio, but probably can be by radar, if a signal system can be devised for that.

We give information and warning, and can do no more. Let the newcomers be treated with all kindness. Unless the discs are – illegible parts – with witch our culture and science are incapable of dealing. A heavy responsibility rests upon the few in authority who are able to understand this matter.

However, this is just one of many files that have been released to the public and that describe in detail the visits.

Many things remain a mystery. Although the documents mentioned above provide fascinating details about the visits, they still leave us with a series of questions still unanswered.