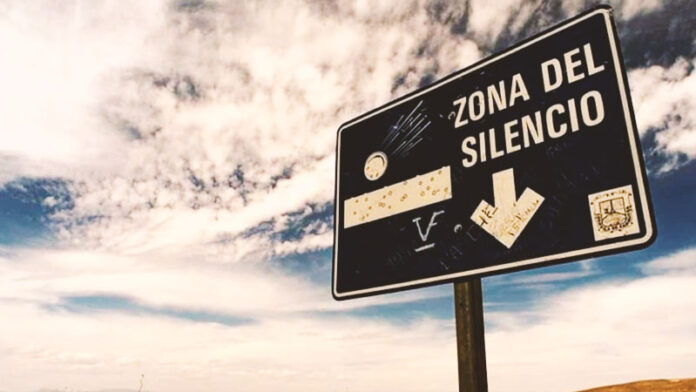 In this extensive region of northern Mexico where the states of Durango, Chihuahua and Coahuila meet, there is an enigmatic and mysterious area called the “Zone of Silence”, a place full of enigmatic and strange events that attracts visitors and curious visitors year after year.

So far, no reasonable explanations have emerged for the incidents and the issue seems to be a little more complicated than it seems, and some people even claim that in the Zone of Silence you can’t hear anything, not even the conversation of others.

The first recorded incident occurred in the 1930s, when a pilot named Francisco Sarabia flew over the area and claimed that his instruments went crazy and his radio stopped working. Later, in the 1970s, attention was drawn to the area when the American rocket “Athena” swerved from its course and fell, or perhaps was pulled, into the region.

The Mexican government allowed U.S. Air Force officers to investigate the accident at the scene, when they discovered that no sign of any kind is capable of penetrating this area, including radio and satellite signals, due to the intense local magnetic fields that create a dark zone, thus attributing to the popular name of the site.

The search took much longer than usual to find the fragments, because compasses and clocks did not work well in the region, and rocket engineer and builder Werner Von Braun even declared that if he were an alien and had to land his UFO on Earth, the Zone of Silence would be his ideal choice, because no one could locate him there.

Since then, research has been done on the site, and the Mexican government has built a research complex that is supposedly studying unusual local habitat and wildlife. It is speculated that the government would be studying more than it admits, and there are many anomalies to research in the Zone of Silence.

One of the many unusual observable properties in this area are its high levels of magnetite and uranium deposits, to which scientists attribute electromagnetic pulses that would be the source of the disrupted signals. The area is also a vast deposit of meteorites that have magnetic properties.

The Zone of Silence was also submerged about 30 million years ago by the Sea of Tetis, and has an impressive amount of marine fossils.

The Zone of Silence is located in Parallel 22 North, which is geographically the same as the Pyramids of Egypt and the Bermuda Triangle, and it is believed that on the other side of the world, somewhere between Nepal and Tibet, there is a similar area where events of the same nature curiously occur.

Other more unexplained activities are reported in this region, such as the sighting of strange lights, UFOs and encounters with extraterrestrial humanoides. Some believe that the site was used in the past, and perhaps still in the present, as a dimensional portal.

The local population usually tells the story of the frequent visit of three humanoids with long light hair speaking spanish perfectly. Visitors always ask for water, never for food or anything different, and when asked about “where did they come from?” they always answer: “from above”.

In addition, witnesses of sightings of the unexplained flying objects that often appear in the region and are described as “disc-like”, found physical evidence in the form of strange marks and bushes burned at landing sites.

Although no concrete evidence has been found to support or deny allegations of extraterrestrial activity in this area, several occurrences that cannot be explained remain open and, regardless of its legends and mysteries, the Zone of Silence is yet another rich region for serious scientific studies in Mexico that requires further exploration.