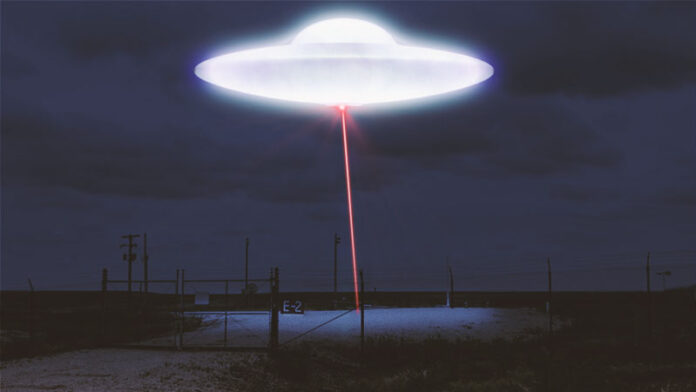 The aliens may have interfered with nuclear weapons in the United States and there are more than 120 former military personnel who witnessed the alien intervention in American military installations.

From 1963 to 1980, all these officers were present at U.S. nuclear missile bases when the bright lights of alien spacecraft, some disc-shaped, some conical and some spherical, appeared before them or their colleagues.

UFO researcher Robert Hastings, who wrote about it, explained that so far aliens have seemed interested in “mere surveillance.”

“All these witnesses are coming forward to say that, as unbelievable as it may seem to some, UFOs have long monitored and sometimes tampered with our nuclear weapons”, Hastings added.

Many of the officers, because they were inside the facility, did not see the ships, but heard reliable reports from other military personnel who witnessed the sightings. In most cases, as the aliens approached, the missiles stopped responding to the technicians’ control.

One of the first to demonstrate was former Air Force Captain Robert Salas, who was at Malmstrom Air Base in Montana on March 16, 1967, when the “Minuteman” nuclear missiles he oversaw suddenly became inoperative, while base security informed him of a mysterious bright red object in the sky.

“We’re talking about unidentified flying objects, simple as that. The United States Air Force is lying about the national security implications of unidentified aerial objects on nuclear bases and we can prove it. I was on duty when an object approached and hovered directly over the site. And the same thing happened at another facility a week later. There’s a lot of interest in our missiles for these objects, wherever they come from. I personally think they’re not from planet Earth”, Salas said.

Another officer present at Malmstrom Air Base in 1967, Robert Jamison, was a young lieutenant who worked as a target selection officer and said he repeatedly had to “restart” the missiles that had been deactivated

“My main job was to point the missiles in the right direction, but one night in March, all ten missiles suddenly came out of the state of alert at the same time as rumors of a UFO sighting began circulating through Malmstrom”, Jamison said.

Although he himself never saw any aliens, he claimed to have talked to one of the security guards who described “three little red lights that began to approach, so two of them separated and flew over the base while the third would have landed in a deep ravine nearby.”

Dwynne Arneson, a Vietnam veteran who served in Malmstrom, confirmed Salas and Jamison’s accounts of the 1967 incident.

Retired U.S. Air Force Captain Bruce Fenstermacher, whose security team spotted a cigar-shaped UFO hovering over Warren Air Force Base in Wyoming in 1976, expressed his belief in aliens as interplanetary guardians and stated, “I think they’re monitoring us so we don’t mess things up.”

Hastings agrees that the presence of such phenomena means that aliens are monitoring our weapons and perhaps alerting us and says, “I don’t think humanity is in danger for anyone or whatever, except that we will have our minds expanded. There will be a paradigm shift in the mentality of humanity due to the existence of alien life. Traditional institutions such as religions, governments, other social institutions can be threatened by what is to come. That’s just the logical consequence of what’s about to happen.”

For many years, the Air Force has maintained that no reported UFO incidents have ever affected national security, but it is established that a large number of Air Force officials claimed to have sighted UFOs at the time the strategic missiles became inaccessible.

Many other similar sightings have also been reported at nuclear facilities in the former Soviet Union and Britain, but the incidents have never been officially explained.