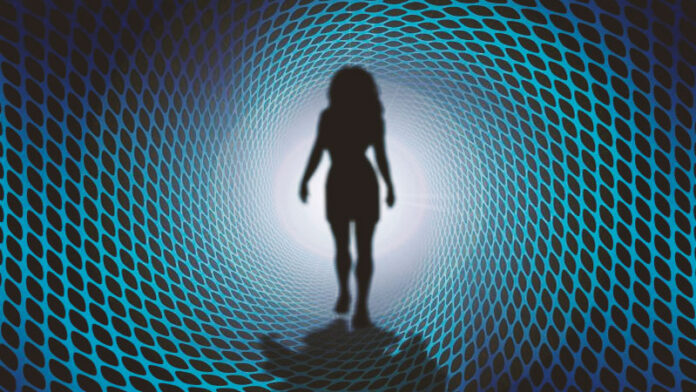 According to the account of the spanish Lerina Garcia, she woke up one morning and found herself in the wrong reality. This reality. And what she remembers as the history of her past does not correspond to the history of this reality.

Garcia woke up one morning, sometime around 2008, and she realized small differences around her. The year was the same as the night before and until the day was correct. However, as the day went on, many things were different and not as they were just a few hours before. The first thing she noticed, for example, were the sheets she had never seen before.

Although nervous, she got dressed and went to work normally. When she arrived at her office, however, she looked in shock as the name on her living room door was not hers. Believing that maybe she wasn’t well, she reasoned to herself that she had come to the wrong floor. When she realized the floor was correct, she went to the main entrance hall and checked to a list of employees and where they were. She actually still worked for the same company, but was now in a department she hadn’t worked for before. And with a manager she didn’t know.

Now confused and slightly panicked, she said she was not feeling well and that she might be sick. So he ran home and tried to make sense of his experiences. Although she returned to work the next day, it was obvious to her colleagues, few of whom she knew, although they knew her, they noticed that “she was not right”. She gave an excuse that wasn’t feeling well and that she was grumpy. However, the experience endorsed her suspicions that she would have, at least for the moment, to keep the experience to herself.

As the days went by, increasingly obvious things began to stand out for Garcia. Maybe the strangest thing was your boyfriend for the last four months. He wasn’t your partner in this new reality, he didn’t even seem to exist here. Besides, there seemed to be no record of him anywhere. Even the internet posts she clearly remembered having done with him were nowhere to be found.

Perhaps even more disturbing, in this reality, she seemed to still be in a relationship with her previous boyfriend. The person she had finished with more than six months ago.

Even some events involving his family did not seem to have occurred in this reality. According to Garcia, hers sister had undergone surgery a few months earlier. However, no one in his family remembered this operation, much less his sister. According to them, this had never happened before.

Garcia didn’t insist on the subject for fear of being labeled crazy. However, in her mind, she knew she had not imagined all these incidents. What’s more, clothes hanging in her closet that she didn’t remember buying and the more she found out about her new existence, the more confused and frightened she got.

She would still describe the feeling of having fallen asleep and dreamed the last few months, if it weren’t for all the background news and world events to be exactly the same in this reality and in her “dream.” For reasons she can’t explain, Garcia believes she took a “leap between realities” at some point while sleeping a few months earlier.

Road To Another Dimension

Lerina Garcia’s account, if we accept it as genuine, is certainly intriguing. What’s more, it’s one of many accounts of other realities and dimensional leaps.

Although they should be treated with caution, there are several equally intriguing statements that can be found. Another of these cases occurred in rural southern Arkansas, USA. The witness and his younger brother went into the woods one afternoon, and after wandering for several hours, they found a “whole new paved road”, which neither had seen before, although they both knew the area very well.

The two brothers began to walk the new road, curious to see where she was taking. As they took their first steps, however, the environment around them suddenly acquired a dense and icy sensation. In addition, they noticed redwater on each side of the road, the kind that neither of them remembered to be present before. They continued down the road, but became nervous and decided to return until each of them noticed, in amazement and confusion, as the air got warmer the same instant they left this road.

The brothers returned home when the sky was darkening with the arrival of the night. They returned the next morning, determined to find the road and this time see where it was going. However, despite searching for hours, it was nowhere to be found.

What is also worth noting is that in none of these two cases, among the many already reported, people were aware of how they did it, which might suggest some kind of natural phenomenon, although one that we collectively do not understand.

Perhaps these dimensional trips happen more than we think, and it is possible that many cases of “missing persons”, many of whom disappear from lonely places like parks or mountain ranges, fall victim to such changes in reality and may remain, like Lerina Garcia, trapped in an alternate dimension.

Many researchers in quantum physics suggest the existence of infinite dimensions and parallel realities with alternative histories and futures. And according to the Many-Worlds Interpretation, these alternate realities interact regularly with ours, at least at the quantum level.

According to theoretical physicist Howard Wiseman, one day it will be possible for humans in this reality or dimension to interact with other realities. And it is possible that when many people see ghosts, particularly of loved ones, they are in fact seeing their alternative energies in another dimension, which has temporarily leaked into ours. This can also explain the “doppelganger phenomenon”, where perhaps you can find literally an alternative version of yourself.

If we also accept that these dimensions, along with everything else in the universe being an expression of energy, and how we see the universe depends on our perception of that energy, then we may collectively have a long way to go before actually understanding our own existence and our place in the reality we call the Universe.

The Mystery of Woolpit’s Green Children