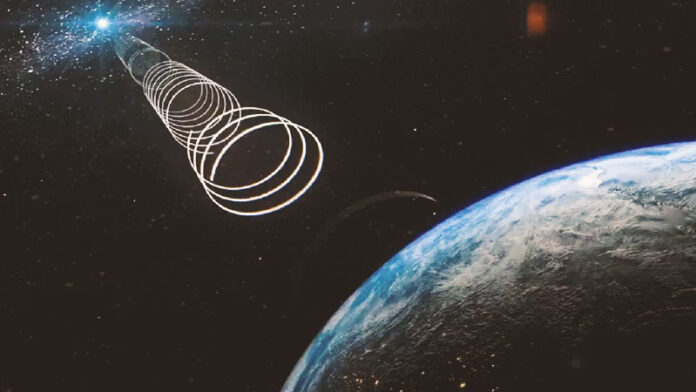 Scientists are investigating whether a strange emission of radio waves, which may originate from a planet outside the Solar System, is an indication of extraterrestrial life.

Astronomers believe that Proxima Centauri B, a planet 4 light-years from Earth, has a rocky surface and sources of liquid water, and some measurements also indicate that the exoplanet could have an Earth-like atmosphere.

The signal were detected in 2019 by the radio telescope at the Parkes Observatory in Australia, and the strange emission of radio waves caught the attention of scientists. Since then, different groups of scientists have tried to understand the discovery.

Among the hypotheses is that the origin of the emission of the waves is linked to some form of intelligent life outside Earth.

“It was a sign that appeared once and never happened again. It had a different frequency than that emitted by terrestrial devices such as satellites and spacecraft. Since there is no sound in space, the only way we can communicate, so to speak, is radio waves. We can send them to outer space. Perhaps on another planet or star system there is a form of life that tries to communicate in this way”, explains researcher Mar Gómez, PhD in Physical Sciences at the Complutense University of Madrid.

Dr. Gómez indicates that so far there is not much information in the scientific community about the results of the research, but the observatory works in collaboration with other projects looking for extraterrestrial intelligence such as SETI, Breakthrough Listen and NASA.

The Breakthrough Listen project, a $100 million fund supported by astrophysicist Stephen Hawking at the time of its launch in 2015, is dedicated to observing and analyzing the search for signs of life in the Universe, is also investigating and should publish a report on radio signals detected in Australia in the next months.

The Search for Extraterrestrial Life

There are more and more scientists advocating a more serious search for extraterrestrial life.

The director of the US National Radio Astronomy Observatory, Anthony Beasley, said that there should be more support from the US government for this field of research, rejected for decades by funders of government projects.

NASA also has its projects to search for extraterrestrial life, and in July 2020, the agency launched the Perseverance mission to search for traces of life on Mars. This is the first NASA mission to directly look for biological signs of life since the Viking mission in the 1970s.

Mar Gómez explains that all these projects are relevant because, even if only microbial life is found on other planets, this could be one of the most important scientific discovery in history.

“This is our biggest concern. The fact that any form of life can exist and that we find it will allow us to know our own origins and how life can develop. It is basically the ultimate question of our existence,” concludes Dr. Gómez.