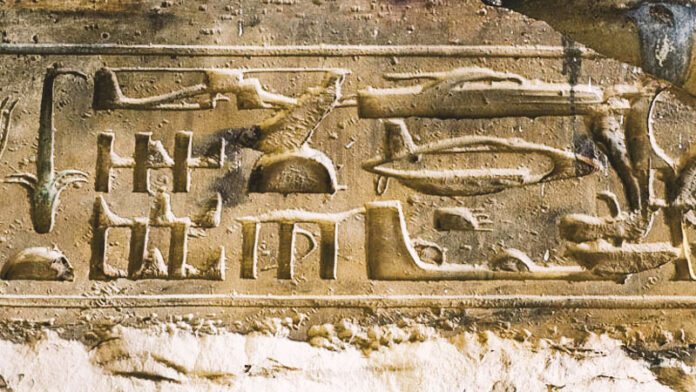 Located approximately 450 kilometers south of Cairo, Egypt, is the ancient complex of the city of Abydos, which is considered by many to be one of the most important historical sites related to Ancient Egypt, and is also the site of a set of sculptures that has caused controversy among archaeologists and historians.

Inside the Temple of Pharaoh Seti I, there are a series of sculptures that look a lot like helicopters and futuristic spaceships.

The helicopter is particularly recognizable, which has led to questions about how this could exist in such a technologically distant past. Naturally, every UFO enthusiast points to these images as proof that we have been visited by other more advanced civilizations.

Similarly, every mainstream Egyptologist makes no effort to explain that these enigmatic drawings are nothing more than the result of older hieroglyphics that were plastered and notched again, so that when the plaster later collapsed, the modified images that were under the plaster reappeared only as a coincident mixture between the old ones and the new images.

Very complex graphics were created to show how the process occurred. In addition, traditional archaeologists have launched the old argument that, as helicopters or other flying machines were never found in ancient Egyptian cities, these artifacts could never have existed.

Recently, some highly detailed and intelligent challenges have emerged to the theory that these images were simply the byproduct of a clipping. The first is that the Temple of Seti I was a very important construction and the use of plaster would have been an anomaly, since the Egyptians were specialists in fillings with a special type of sandstone that was much more robust and durable.

The theory of re-sculpting is also being examined and recent practical experiments cannot duplicate the effect described by conventional experts.

Finally, some researchers believe that the layout of the items has a strong and precise relationship with the concept of golden ratio, and at this point it becomes quite interesting that the original sculptures could be covered, re-sculpted and still align with a coincidental set of perfect measures and proportions, a feat simply unbelievable.

Did the Egyptians fly in a strange futuristic ship or just witness something they couldn’t explain and engrave on the stone as a record?

Perhaps time gives us the right answers, meanwhile the mystery persists and the debate continues.