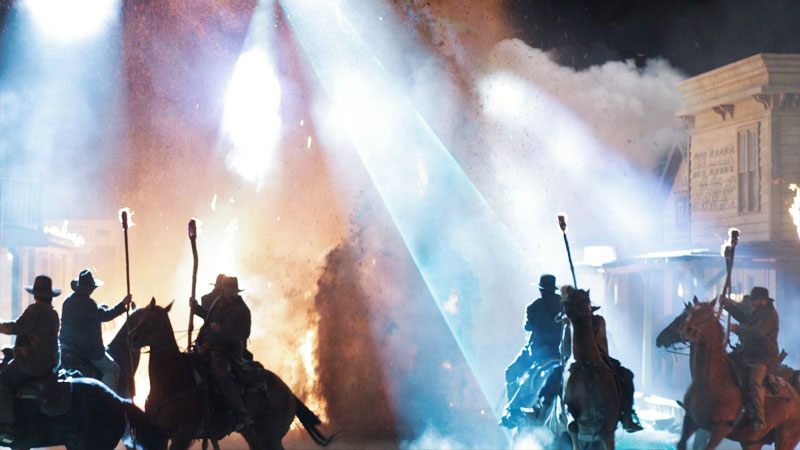 Sporadic sightings between 1830 and 1886 of a strange creature were just one of the strange things that were reported. Apparently, it lived at the bottom of a lake, which the early Spaniards called Lake of Diablo, named after the horrible monster that terrorized farmers more than fifty years ago.

Don Pedro Carillo, a Spanish immigrant, built his ranch on the shores of the lake in 1830. Everything was fine for a few months, but one night its structures caught fire. The attacks increased to the point that their animals disappeared after visiting a “giant winged shadow” that hung over the farms at night. Combined with strange noises, visions, dreams and other unexplained occurrences, farmers have not settled in this fertile, nutrient-rich soil.

The farmers claimed to have shot the monster, but the bullets continued to ricochet at the animal’s skin. With the end of livestock activity and the disappearance of animals, the land was sold. They all left soon after. The land is considered the most fertile in the region, making sudden migration rare.

Many enthusiasts of the paranormal phenomenon are familiar with Tombstone, Arizona, and its haunted past. But what is not so well known is its extensive history about alien activities.

On April 26, 1890, The Tombstone Epitaph, Arizona’s oldest newspaper still in circulation, reported that six local cowboys located and shot a Thunderbird and knocked it out of the sky. A photo of the creature allegedly revealed that the bird looked a lot like a prehistoric pterodactyl.

Although tempting, there are some problems in this report. Although photojournalism was created in 1880, there were no photos available of this bird. At the same time, there is no physical evidence that all six gunmen shot anything.

One of the surviving cowboys later reported that his horses did not continue the chase, as they were circling and refusing to chase the metallic bird.

Today, the myth is called Tombstone Thunderbird. The name itself is interesting, considering that the Thunderbird is a legend of the native tribes. There are rumors that the bird itself was spitting fire and making a thunderous sound when flying.

But pterodactyls do not fire or emit thunder sounds when they flew. However, a spaceship would look like a Thunderbird to our ancestors who did not have a word or technological knowledge to know what a spaceship was or how to describe it.

Another story, even more interesting, occurred on April 17, 1897, in the small town of Aurora, Texas. The Dallas morning news reported that some early risers witnessed a strange aircraft flying low in the sky, with relatively slow speed. The author thought the spacecraft might be experiencing some kind of mechanical problem.

A thought that came true when the flying ship collided with a windmill located on the property of a local citizen, Judge Proctor. The accident caused the object to break into hundreds of pieces scattered all over the ranch.

Interestingly, a small non-human body was found among the rubble. He received a proper “Christian” burial in an unidentified grave, and it is rumored that Judge Proctor buried the wreckage of the ship in a deep well on his land.

The story led to several requests for exumation of the body in order to prove that he was actually an alien. The problem is that cemetery representatives refused to do so and this led many skeptics to believe that the whole story was made up.

If it’s fake, it doesn’t explain what happened to a certain Brawley Oates. Oates bought proctor’s property in 1935 and allegedly removed the debris from the well. The same well in which it was said that Proctor had dumped the wreckage of the crashed spacecraft.

Oates later developed health problems that he said were caused by contaminated water from the well, perhaps by the ship’s metals or radiation. He contracted a debilitating disease, a case so severe of arthritis that he ended up killing him, but not before the well was decommissioned and cemented in 1957.

Three different stories, from three different parts of the Wild West, but containing very similar information and descriptions. All three stories tell of a strange bird, where bullets ricochet. A bird that spits fire and that ringlike thunder in the sky when it flies.

There are numerous images that the Native American tribes of the Southwest drew on rocks, depicting birds and strange people in astronaut costumes. These tribes tell stories of how they came from the Star People, adding more mysteries to the stories of the 19th century.

Alone, all the evidence is circumstantial, but when each event is connected to the next, the myths begin to look much less like myths and more like reports of actual visits from extraterrestrials to the Wild West.

The Gate of the Gods

Chinese Military Claims: Beings from Other Planets Live Among Us