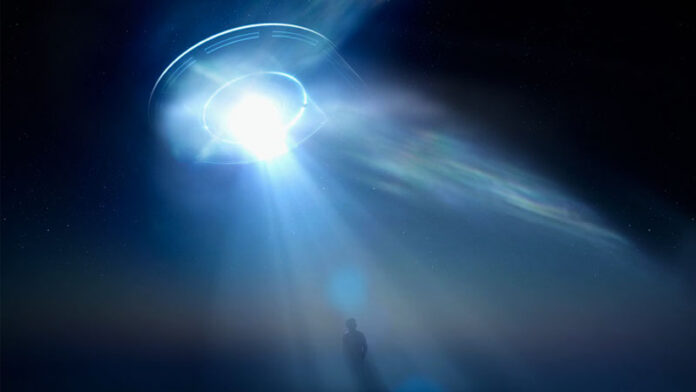 The experience was reported by civil and military authorities and for Rodrigo Ortiz, special investigator for the police department in Concordia, Argentina, children at this age are incapable of lying, at least that’s what he understands.

The children claimed to have spent time on a spaceship and several newspaper reports about the incredible drama identified the children, 8-year-old Maria Molero, her sister Emma, ​​6, and their brothers, Jorge, 5 and Carlos, 3.

According to the children and half a dozen other eyewitnesses, an unidentified, saucer-shaped flying object was observed that flew over the field where the children were on August 9, 1992, when a very bright light emanated from them. strong, sucking them in and then disappeared in a luminous explosion.

“A great golden ship took us to heaven and was led by God. I know it was God”, said the children.

They wore golden robes, had long silver hair and one of the aliens told Maria Molero, the eldest of the abducted children, that he was a peaceful man and asked to call him Laiar.

“He showed us the Moon and other places in the sky and told us they came from the stars,” Maria said.

The rest of the children confirmed the story, revealing some fear initially.

“Laiar shaved our faces with a stick and a needle, but with no intention of hurting us,” said Jorge Molero.

“I liked the rooms because all the beds were soft,” added Emma Molero.

Carlos, the youngest of the brothers, said: “There were a million buttons and lights and the man was funny because he had a big head and two big yellow eyes, he’s our friend.”

Due to the difficulties of interviewing children, authorities were unable to determine everything that happened to them during their three days aboard the spacecraft.

“It appears that they underwent some sort of medical examination as the needle marks and scrapings were still visible on their cheeks after they arrived home,” the case authorities said.

A military spokesperson would neither confirm nor deny press reports that a UFO was registered on radar on the day the children were abducted.