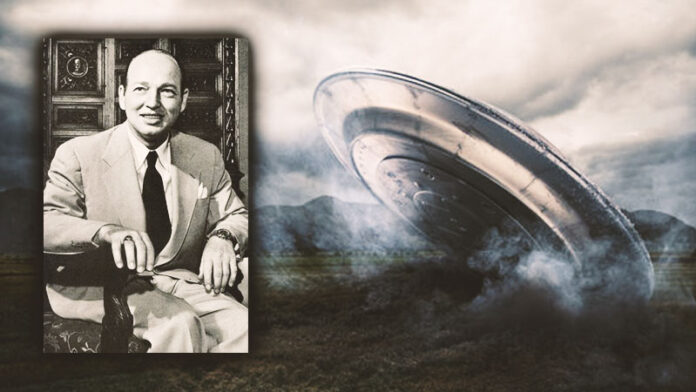 Dr. Robert Irving Sarbacher was an engineer, physicist and inventor who, for many years, was a student of Albert Einstein and some of his works in Ultra High Frequencies are used to this day.

In 1983, he sent a letter answering some questions from renowned UFO researcher Bill Steinman regarding the 1948 UFO crash in New Mexico, the famous Roswell Incident.

Dr. Sarbacher said that although he had not worked directly with the recovered flying saucers, he was aware that the United States had at its disposal not only the wreckage of UFOs, but also the bodies of aliens, and stated that he received officially confirmed reports while working at the Pentagon, but all documents were confidential and classified as highly classified.

In the words of Dr. Sarbacher himself:

I did receive some official reports when I was in my office at the Pentagon, but all of those where letf there as at the time we were never supposed to take them out of the office.

Certain materials reported to have come from flying saucers crashes were extremely light very tough. I am sure our labs analyzed them very carefully.

There were reports that instruments or people operating these machines were also very light weight, sufficient to withstand the tremendous deceleration and acceleration associated with theri machinery.

I remember in talking with some of the people at the office that I got the impression these ‘aliens’ were constructed like certain insects we have observed on Earth, wherein because of the low mass the inertial forces involved in operation of these instruments would be quite low.

I still do not know why a high order of classification has been given and why the denial of the existence of these devices”.

Dr. Robert Irving Sarbacher died in 1986, three years after this statement, at the age of 79.