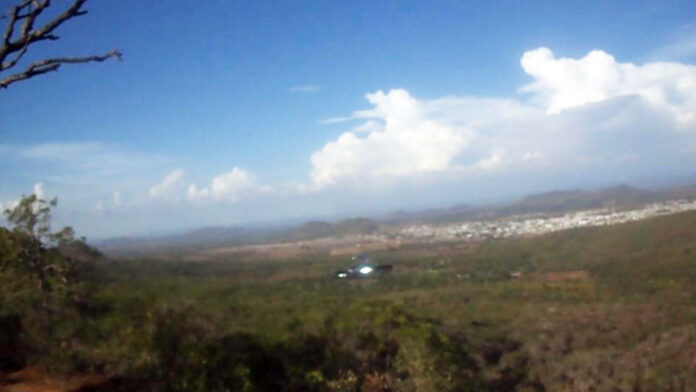 Two cyclists claim they saw a mysterious object, similar to a UFO, flying over Sierra do Gado Bravo, in the city of Senhor do Bonfim, in the hinterland of Bahia.

The place is frequented by residents and tourists looking for adventure.

“We went out to mark the route of the trail that we are going to do. When I lifted the bag of lime, I looked back, heard the noise, like a sewing machine. There the ship was already levitating, about ten feet from the treetops. I said: ‘Igor, take a picture, over there, over there’, so he hid behind a tree, and we took the first picture”, described the resident Raimundo Natação.

The colleague, Igor Geovani, described the situation: “I was scared when I saw that silver object, a very beautiful silver one”.

The photos were presented to ufologist Jorge Ivan Araújo Leme who said: “It is a UFO, an extraterrestrial object, from another planet, probably. A lot of people don’t believe it, but I really believe in extraterrestrials. We are part of a ufological group in which we constantly research this”.

Jorge Leme explains that ships usually appear in places that produce ores. “Every place that produces ores, there are always discs or unidentified objects,” says Leme.

Check out the video of the local TV report below: