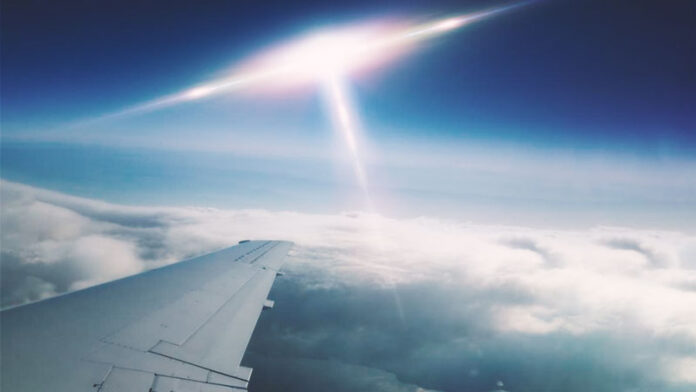 According to the pilots of Aerolíneas Argentinas, the incident happened while they were flying over the Argentine province of Río Negro.

The airline confirmed the authenticity of the audios that the crews recorded at the time of the sighting.

According to the pilots, who initially thought the objects were satellites from Elon Musk’s Starlink company, the UFOs appeared in the sky at 10:45 pm (local time), with rapid and erratic movements.

The three crews, each from their position, spotted two strange objects of light that rose on the horizon, descended, appeared and disappeared.

“Did we see the Polanco UFO?” asked one of the pilots, to which his partner replied, “I was about to ask the same thing,” alluding to Jorge Polanco, a pilot who, in 1995, reported being chased by a UFO for 17 minutes on the same route.

“We’re seeing the spectacle here, it’s incredible,” said one of the commanders.

“They appear above the horizon, rise a little and then disappear,” said a pilot in the recordings confirmed by the airline.

“We saw it too, we’re behind you, three times it appeared and disappeared and it doesn’t look like a plane”, replied another of the commanders.

According to the pilots, these flying objects were of “presumably non-terrestrial” origin and, to date, no explanation has been given for the phenomenon.