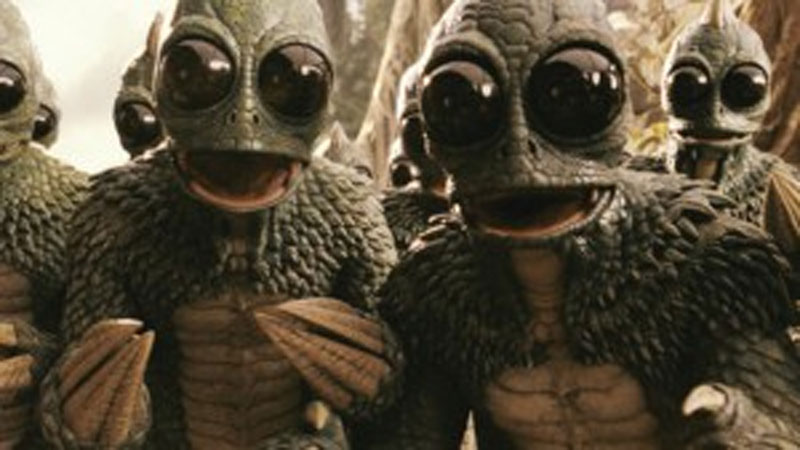 On December 6, 1978, security guard Pier Zanfretta was making his rounds when he saw four lights coming from the house he was guarding. He approached the lights with the pistol in hand, and saw reptilian-looking creatures three meters tall, green skin and thorns.

He claimed the aliens hit him with some sort of heat ray and then ran away, calling on the radio and then breaking contact, only to be found by a security patrol later. When he saw the other guards, he was terrified and even pointed his gun at them, but luckily he didn’t fire.

When the scene was further investigated, unusual and very large footprints, around 50 cm long, were found along with evidence of intense heat among the trees, which at least indicates that something out of the ordinary had happened.

But that wasn’t the end of it for Zanfretta. On December 26th, the aliens returned, and this time they captured him. The aliens took him inside their spaceship and put a kind of communication helmet on him. One of the aliens fired Zanfretta’s gun at a piece of metal, apparently to see what would happen. Zanfretta told the lizardfolk that he was afraid and wanted to be released.

The story, however, does not end there, on July 29, 1979, Zanfretta was kidnapped again, and again on December 2, 1979 and for the last time in 1980. In this fifth encounter, the aliens took him to a crystal mother ship and showed him a kind of frog being suspended in a tube, and said to be an enemy of his kind.

The real motives for the repeated abductions could never be explained, and as with other cases described in the history of UFOlogy, Zanfretta seemed to benefit very little from his allegations, and in fact spent decades discredited and living in obscurity after the media exposure.

Scientist Says Encounter With Extraterrestrials Will Occur In The Next Years